Marketing Tips We Can All Learn from Steve Jobs 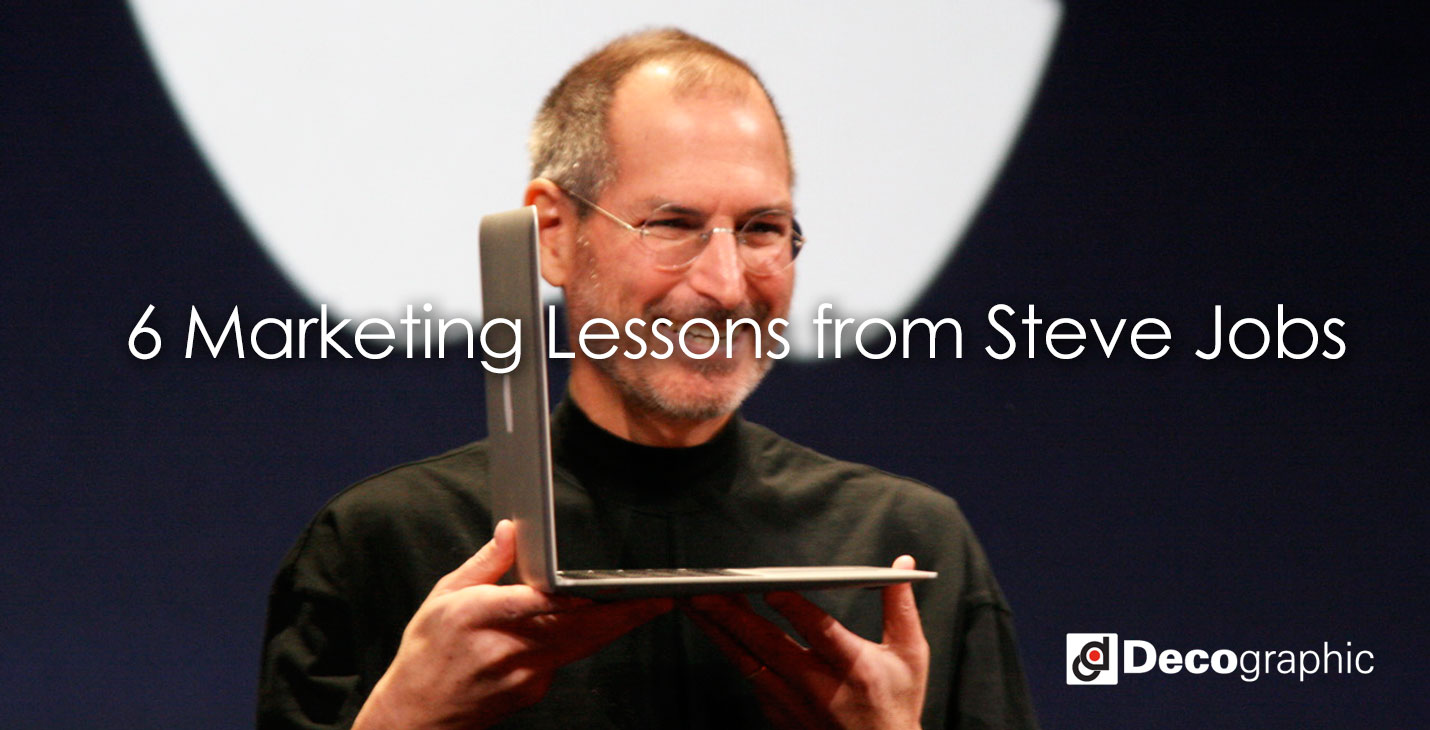 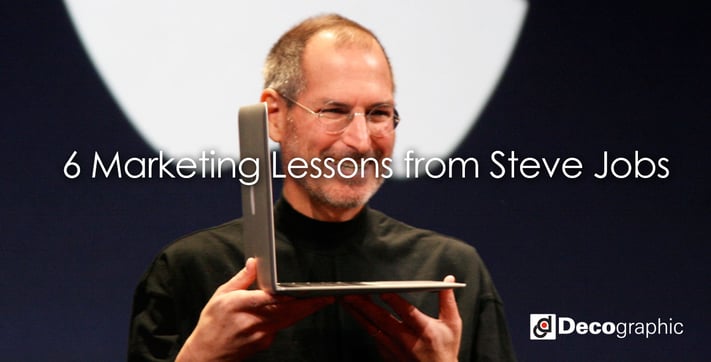 Steve Jobs made his mark in corporate history by turning the near-bankrupt Apple into one of the largest and most profitable companies in the world. We all know how Apple changed the world we live in today. But a man like him didn’t finish school with flying colors. In fact, he didn't even finish college at all! He is neither an engineer nor a programmer. He didn’t have an MBA. In a conventional sense of being a manager, he is useless.

So what makes Steve Jobs great? To simply put it, his greatest gift is marketing. According to marketing specialist, Guy Kawasaki; “Steve was the greatest marketer ever.” Here are six marketing lessons we can all learn from Steve Jobs to inspire you in your marketing journey.

Jobs knew how to find good mentors to learn from. One is the legendary Silicon Valley marketer, Regis McKenna. Jobs recruited him without hesitance even if Apple back then was just a two-man operation in a garage. It was through the help of McKenna that Apple had Mike Markkula (Apple’s first angel investor and marketing guru). Markkula is a trained engineer for Intel but later has joined Apple as an employee. He created a set of founding marketing principles that Apple still lives up to this day.

It’s definitely hard to market bad products. Kawasaki, an evangelist of Apple said that Jobs always made sure that what he was creating was a good product. The secret to Jobs’ success was his good control for both product and marketing, and not just marketing alone. He never planned to deceive people by putting lipstick on the pig.

During the beginning of Apple, Jobs and Markkula outlined three core company principles; (1) empathy for customers, (2) focus on doing a few things excellently, (3) uphold simplicity and quality not only on products, but also on the packaging, look of its stores, and even Apple’s press releases.

The heart of Jobs to stand with these principles is unmatched. He is remarkable on insisting consistency of design and taste in every aspect of Apple Company. You think that’s easy?

Let’s take a look at your website, for instance. Does the design possess an unmatched quality without a trace of inconsistency with your brand? Or does it look like a monster figure with pages so dull to look at? Even if your website is consistent, does it coordinate with your press releases, store front, trucks and packaging? Sounds a bit more complicated as you think it is, but Jobs managed to pull off every bit of it.

Jobs has the attitude of being a showman. There was one time in 1984 he decided to spend $900,000 for 60-second Macintosh commercial, and $800,000 to run it one time during the Super Bowl. Take note, $1.7 million before is equivalent to $3.4 million today. That sum was a great risk for the company. In fact, Apple’s board disagreed so much with the ad release that they refused to run it at all.

But unexpectedly, the ad paid off. The ad generated the same coverage as Macintosh itself.

Everyone loves stories, and Jobs took advantage of that. He was successful in using storytelling campaigns that was so revolutionary at that time. One of his rewarding commercials is “I’m a Mac, You’re a PC” and “Think Different.”

Jobs was considered a rock-star charisma for his own way of making surprises. He was a person who holds back information to get people excited. iPhone, for example. Did you know that it took a year of buzzing to get it to what it looks like before Jobs finally introduced it to the market? Apple iPhone users are always crazy about new releases. That was his way of keeping people wanting more and he was really good at it.

Steve Jobs is an inspiration to all marketers. His willingness to take more time and work a little harder made him worthy of praise.